Our most and least used baby items

As a first time parent I am aware of the large amount of information that is out there regarding the ‘recommended’ things that parents need to buy for their babies. In a way parents feel obliged to get the countless items as they don’t know any different. I did so much research and reading prior to Theo’s birth but I still felt none of the wiser. I have therefore decided to list some of our most and least used items and I really hope it’s going to help someone.

There are so many items that we use day in and day out, but I have listed our absolute favourite ones below for you.

Car seat
Nowadays new parents are not allowed to use the hospital without a car seat so it’s definitely on the ‘must buy’ list of items. Depending on how much you drive (if you drive at all) you might be using it every day or not at all. I use our car seat most days and it is definitely an item that we have used over and over again. Our car seat came as part of our Silver Cross travel system and has been absolutely fine. I have seen review sites comparing the different car seats but I couldn’t really say anything negative about the Silver Cross car seat to be very honest with you. I would just highly recommend you getting the Isofix base as it makes life so much easier (again it depends on how often you use your car seat). The Isofix base allows you to take out the car seat just by clicking a button so you won’t need to starp the car seat in using the seat belts. It can be easily swapped between cars so you don’t need to buy one for each car (if you have several cars in your household).

Whilst on the topic of car seats, I also couldn’t do it without a mirror, which allows Theo to see me whilst driving and me to see him. It definitely makes life so much easier for us. We got ours from Amazon and it has been an absolute lifesaver for us.

Baby carrier/ sling
Theo wasn’t keen on a sling when he was a newborn, but from 4 months onwards we have used it over and over again, probably even more than our pram. Theo is such an active little boy so he doesn’t like sitting in one place for too long. This is often solved by using a baby carrier when going for a walk as he feels like he is on the move. To start with we used the Baby Björn Original Carrier, which I absolutely loved. The only downside was that you can only use it for so long before you need to move on to a different carrier. I think the instructions suggested 12 months, but I felt like Theo had outgrown it by the time he was 6 months. We got it second hand (it was barely used) and made sure we washed it beforehand. We have now moved on to the Ergo 360 carrier, which I got off Ebay. This carrier can be used for a lot longer, but I don’t feel like it is as supportive as the Baby Björn one. It’s still an amazing carrier though.

Fisher Price Toy Mirror
The baby mirror  has been Theo’s absolute favourite ever since he was 9 or 10 weeks old. He still uses it most days as I think it is quite versatile as a toy. It most certainly encourages tummy time but can also be used when in the car seat/pram.

Baby changing bag – a rucksack
I absolutely love my rucksack/baby changing bag, it’s so comfortable and allows you to be hands free when out and about with a baby. I got ours off Amazon and it wasn’t expensive at all. I have used the bag all day every day. We also had a baby changing bag included with our Silver Cross travel system, but I haven’t actually used it much just because a rucksack is so much more comfortable. I do however use the Silver Cross one to store all our changing supplies for when we change Theo downstairs so it’s not really wasted. I wouldn’t have bought it though if it wasn’t included in the bundle.

There are quite a few items that I feel like we haven’t used as much as I would have liked, but I have listed the main ones below.

Moses basket
Theo absolutely hated a Moses basket, he refused to sleep in it. He slept on me for the first 7 weeks for all his naps and his night time sleep, but then from then off he has been sleeping in his cot. He absolutely loves it.

Teethers
Theo now has 6 teeth but he has refused to use a teether. I have bought him different types and sizes but he has always been interested in other toys more. Some of his favourites being a shape sorter box; he doesn’t yet use it for its original purpose but he will put them in the box and them empty the box. Above all, he spends most of the day chewing on the different shapes. Another one of his favourites is a stacking tower. We have one it plastic and one in wood, and he loves both equally.

Baby changing table
Thankfully we never actually bought one as we wouldn’t have used it. Theo has been a very active baby and started to roll very early on so the safest place to get him changed has always been the floor. I have always used a changing mat, but I like the fact that I can place the changing mat wherever I like. I can the store it away and it’s not in the way. I already feel like we have so much baby stuff in the house, having a baby changing table would make the house even more cluttered. We have a changing mat upstairs and downstairs, and also in the changing bag. This comes in handy especially in the early days when you might still be sore and might not want to go upstairs for every single change. Having said that, we got through so many nappies per day with a newborn, so many!!!

Tummy time pillow
This is an item that we haven’t really used. I have also been advised by other mums that this can be easily replaced with a rolled up blanket or a towel. Theo has always liked being on his tummy, but I can’t say that he has ever shown any interest in the tummy time pillow.

MyHummy white noise toy
I had heard such great reviews about MyHummy and I really wanted it to work for us, but I regrettably need to admit that it made absolutely no difference to my little Theo. I was gutted as it’s such a cute little toy and I loved the idea of it. It’s quite pricey so I would just trial white noise on Instagram or YouTube instead. Theo loves the sound of rain that he has on in his nursery every night.

To conclude, I would say that less is more. Try and only get the absolute essentials to start with as you can always get things once the baby is here. Some of the things might be worth trialing out before you actually commit to buying them. There are sling libraries around that allow you to try out different slings and make sure that your little ones likes it before making a purchase. Most baby shops will let you try out prams and other equipment. Not all prams are made the same so make sure you feel comfortable taking it apart and putting it back together. 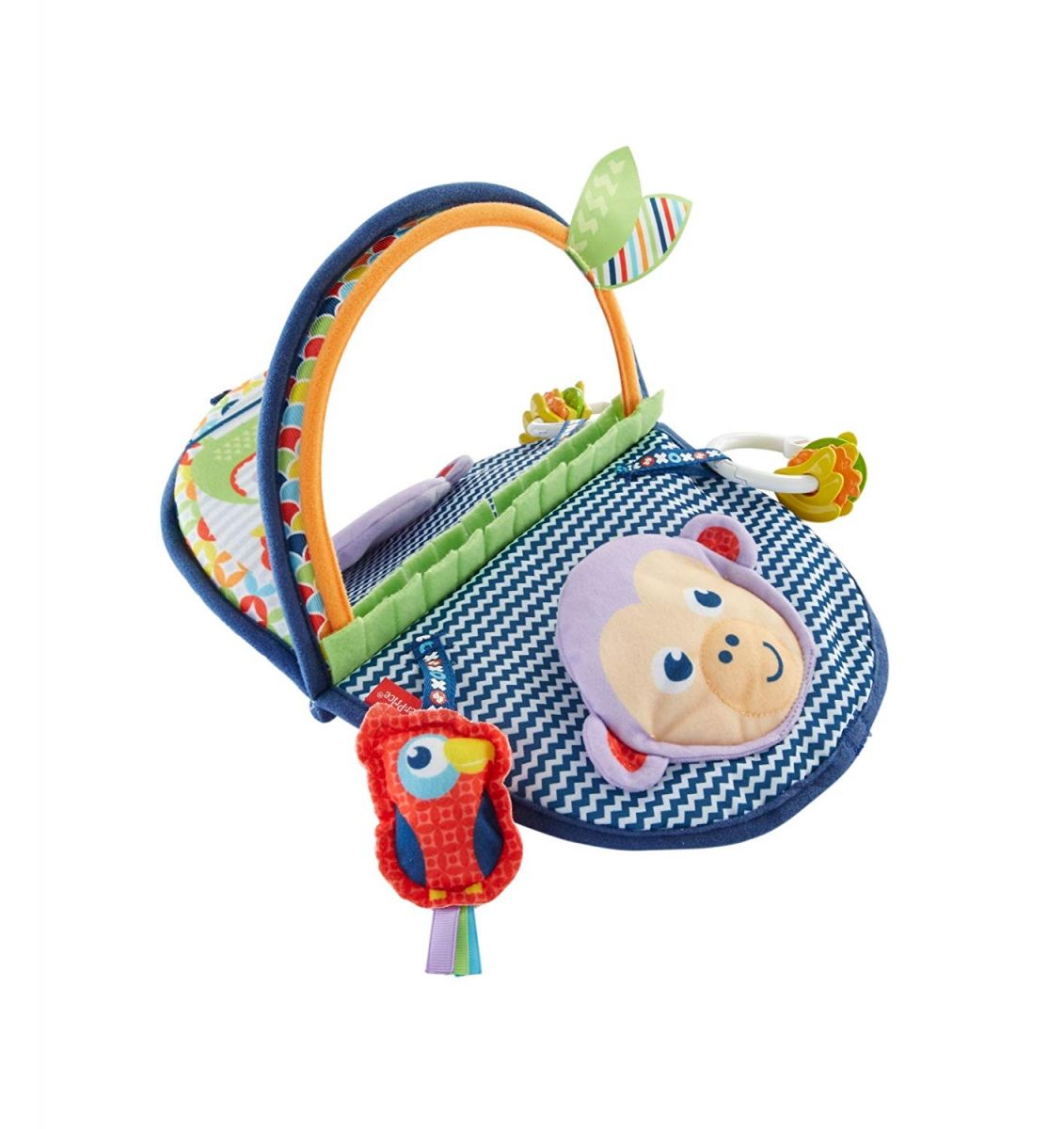 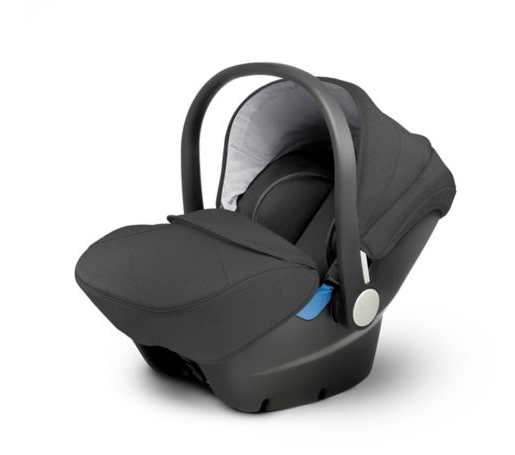 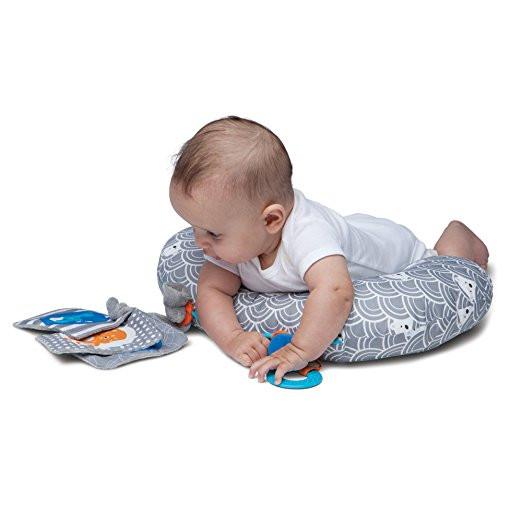